15 April 2011 marks 20 years since the release of the Report of the Royal Commission into Aboriginal Deaths in Custody (RCIADIC). Since then, there have been 269 Aboriginal deaths in custody, many for reasons that could have been avoided had the recommendations been fully implemented.

In recognition of the passing of 20 years since the Report, the Aboriginal Legal Service of WA (ALSWA) and the Deaths in Custody Watch Committee (DICWC) of WA are a organising a peaceful protest on 15 April 2011 to remember those who died needlessly in custody and police presence and to call for urgent reform including implementation of ALL the RCIADIC recommendations.

11.30am Gather at Stirling Gardens (corner of Barrack Street and Georges Terrace)

12.45pm Agenda still being confirmed, will include a Welcome to Country,
Minute of Silence, Speakers and the HALO Cultural Dance Group

1.30pm Close of Event and Call for Reform

Please show your support by volunteering on the day and
encouraging as many of your family, friends and colleagues to attend.

TO REGISTER AS A VOLUNTEER PLEASE EMAIL
dicwc@yahoo.com.au or call 0415 074 602 or
see www.deathsincustody.org.au 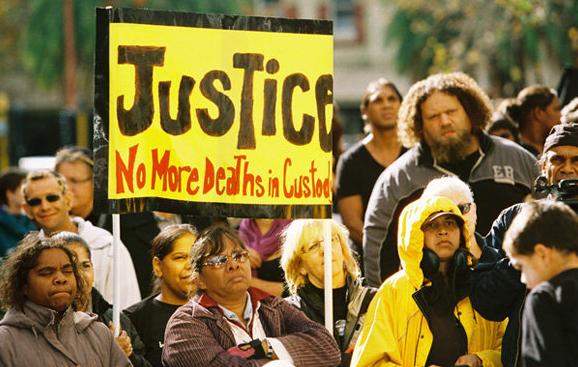