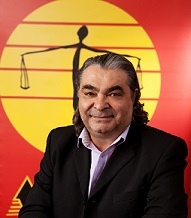 The Aboriginal Legal Service of WA (ALSWA) welcomes yesterday’s announcement that the Abbott Government will scrap its proposed amendments to the Racial Discrimination Act.

“There are so many people within our Communities who suffer from discrimination, not just Aboriginal people, but all minority groups. We were shocked that amendments were even discussed at all. This is Australia in 2014 and our society needs more tolerance, not a free kick to offend, insult, humiliate or intimidate another person or people because of their race or ethnicity” said ALSWA CEO Dennis Eggington.

ALSWA said that if Section 18C of the Racial discrimination Act had been repealed, Aboriginal people would have been even more marginalised and vulnerable, leading to unnecessary pain and suffering.

“Unless you have been the victim of racial discrimination, you can’t even begin to understand how soul destroying it is. To have people feeling disempowered, their self-esteem affected and even suffering from mental health issues is inexcusable simply because some believe they have the right to offend racially”.

ALSWA’s Submission opposing the changes was one of over 4100 received, with the majority of submissions opposing any changes.

“It is reassuring to know that most of the submissions opposed the plan to repeal this legislation. Hopefully it is a sign that we can move forward, and not regress, as a nation” said Mr. Eggington.