Justice: A history of Aboriginal Legal Service of WA 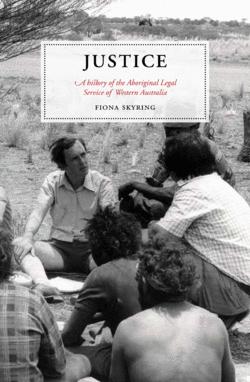 Justice: A history of the Aboriginal Legal Service of WA

‘All we want is justice.’

A lively and multi-dimensional insight into Australian history, Justice: A history of the Aboriginal Legal Service of Western Australia reveals the human face of some of the nation’s major social, political and legal reforms of the past four decades. The Aboriginal Legal Service of Western Australia (ALSWA) began by defending Aboriginal people’s right to equality before the law, and its defence of Aboriginal people’s human rights has taken this story beyond the criminal justice system.

From its beginnings in the early 1970s, the ALSWA has been influential in national campaigns to address the legacies of dispossession and human rights abuses. ALSWA played a central role in advocating for reforms to address Aboriginal deaths in custody, land rights and the legacy of stolen generations; not just in Western Australia but as issues of national significance.

Justice brings to life the story of the people who built the ALSWA, and who continue to advocate for social justice.