Decision in Ms Dhu’s death in custody inquest set for Friday 16th December
December 14, 2016
The Western Australian State Coroner will hand down her findings in the inquest into Ms Dhu’s death in custody this Friday. She will also decide on whether to release harrowing footage showing Ms Dhu’s final hours.
Carol and Della Roe, grandmother and mother of Ms Dhu, and their broader family, who are represented by the Aboriginal Legal Service of Western Australia, say that they want the world to know the truth and to see the footage.
“I hope the Coroner hands down the truth. Then we will feel like there has been some justice. Then we can put my girl to rest,” said Ms Carol Roe.
“People need to see with their own eyes how my girl was treated. All Australians need to see this footage – we all need to stand together and say enough is enough, no more Aboriginal deaths in custody,” said Ms Carol Roe.
Ms Dhu, a 22 year old Yamatji Aboriginal woman, died in 2014 from septicaemia and pneumonia three days after she was locked up in a South Hedland police station for failing to pay her fines. The Coroner’s decision will come ten days before Ms Dhu would have turned 25 years old.
Dennis Eggington, CEO of the Aboriginal Legal Service of Western Australia, said that the family and the Aboriginal community have suffered enough.
“Ms Dhu’s death is a grave and cruel injustice. The Aboriginal Legal Service is here to support the family and the broader community. I hope the Coroner gives the utmost consideration to the family’s wishes and their need for healing,” said Mr Eggington.
This year is the 25th anniversary of the Royal Commission into Aboriginal Deaths in Custody. Western Australia continues to have the highest Aboriginal imprisonment rates in Australia.
Ruth Barson, Director of Legal Advocacy at the Human Rights Law Centre, which has been providing legal support, said that it’s been over two years since Ms Dhu’s death and the Western Australian Government continues to lock up people who cannot pay their fines – a policy that disproportionately impacts upon Aboriginal women.
“Ms Dhu should have never been taken into custody and she certainly should not have died such a cruel death. Western Australia desperately needs to fix its over-imprisonment crisis, and to change its fines laws to be fair and flexible,” said Ms Barson.
“We owe it to Ms Dhu and her family to stand by their side and demand accountability and change. Australia cannot ignore how this young woman was treated,” said Ms Barson.
For media inquiries:
Jodi Hoffmann, Media Officer, ALSWA: 0428 948 610
Ruth Barson, Director of Legal Advocacy, HRLC: 0417 773 037
Michelle Bennett, Director of Communication, HRLC: 0419 100 519 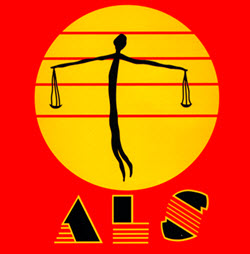