Australia Under International Pressure to Reduce Number of Children in Detention 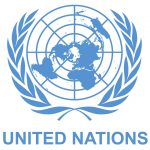 The Aboriginal Legal Service of WA Ltd (ALSWA) is appalled that the incarceration rate of our First Nations Peoples in Western Australia is the highest in the world.

ALSWA Acting CEO Robyn Ninyette is shocked that in 2021, our women, men and children continue to be over-represented within the criminal justice system.  “Surely it is embarrassing for Australia to be criticised for its treatment of First Nations Peoples on the world stage?  When is the Australian Government going to step up and change this situation?”

31 United Nations member countries recommended Australia raise the age of criminal responsibility, with 19 specifically recommending the age should be increased to at least 14 years of age. These included Switzerland, Sweden, Norway, Italy, Germany and Finland.

Many concerns were raised about Australia’s treatment of people in custody, particularly people living with disability. Further, many members expressed concern about racism and discrimination in Australia and the high rates of violence against First Nations women and children.

Members encouraged Australia to move forward on important issues such as Constitutional recognition, a Voice to Parliament and codifying the United Nations Declaration on the Rights of Indigenous Peoples (UNDRIP).

Many countries commended Australia’s ratification of the Optional Protocol to the Convention Against Torture (OPCAT) but this needs to be implemented properly.

The Australian Government’s response focused on its commitments to working in partnership with the Coalition of Peaks on Closing the Gap and the process towards a Voice to Parliament.

The Government noted that deaths in custody and reducing the numbers of young First Nations Peoples in custody were key concerns. However, the Government said that raising the age of criminal responsibility was a state and territory issue and the Council of Attorney Generals’ Working Group was considering the issue.

“We urge the WA Government to raise the age of criminal responsibility to 14 years of age. Kids should be in playgrounds and classrooms, not locked up in cells. We must recognise that children’s brains are still developing, especially the parts that regulate judgement, decision-making and impulse control. Kids cannot foresee the consequences of many of their actions and cannot fully understand the nature of their behaviour” said Ms. Ninyette.