The Aboriginal Legal Service of WA Ltd (ALSWA) is elated that the Custody Notification Service (CNS) is now fully operational in Western Australia.

ALSWA CEO Dennis Eggington says the CNS will save lives, and is proud that ALSWA will run this vital and much needed service.

It has been an intensive year for the legal service in establishing the CNS and employing and training the seven full-time staff who will work solely in this area. Five lawyers (two Aboriginal) and two Aboriginal support workers will be rostered around the clock, 24 hours a day, 7 days a week, every day of the year.

The primary objective of the CNS is to reduce deaths in police custody and protect the health and wellbeing of Aboriginal people.

The CNS will provide the opportunity for every Aboriginal adult or child taken into a police facility to speak with a trusted CNS lawyer and/or support worker about their immediate health, welfare and legal needs.  Those requiring CNS assistance will also be provided with links to culturally competent support services in the community.

After many years of advocating, ALSWA CEO Dennis Eggington is reassured that WA now has its own CNS.  “It’s an absolute tragedy that over four hundred of our people have died in custody since the Royal Commission into Aboriginal Deaths in Custody (RCIADIC).  Most of those deaths occurred in Western Australia.  Since NSW established a CNS eighteen years ago, there has been one Indigenous death in custody, which shows that this really is a lifesaving service” said Mr. Eggington.

Following the training, the CNS conducted a five-week trial in conjunction with the WA Police with notifications being received from selected police stations across the state. This trial provided ALSWA and the WA Police with an opportunity to work together closely to streamline processes and ensure that the CNS operates effectively. The Custody Notification Service (CNS) commences at 12.01am on Wednesday 2nd October 2019. 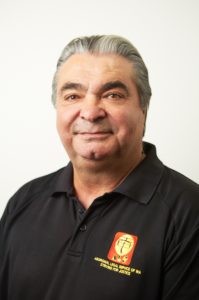 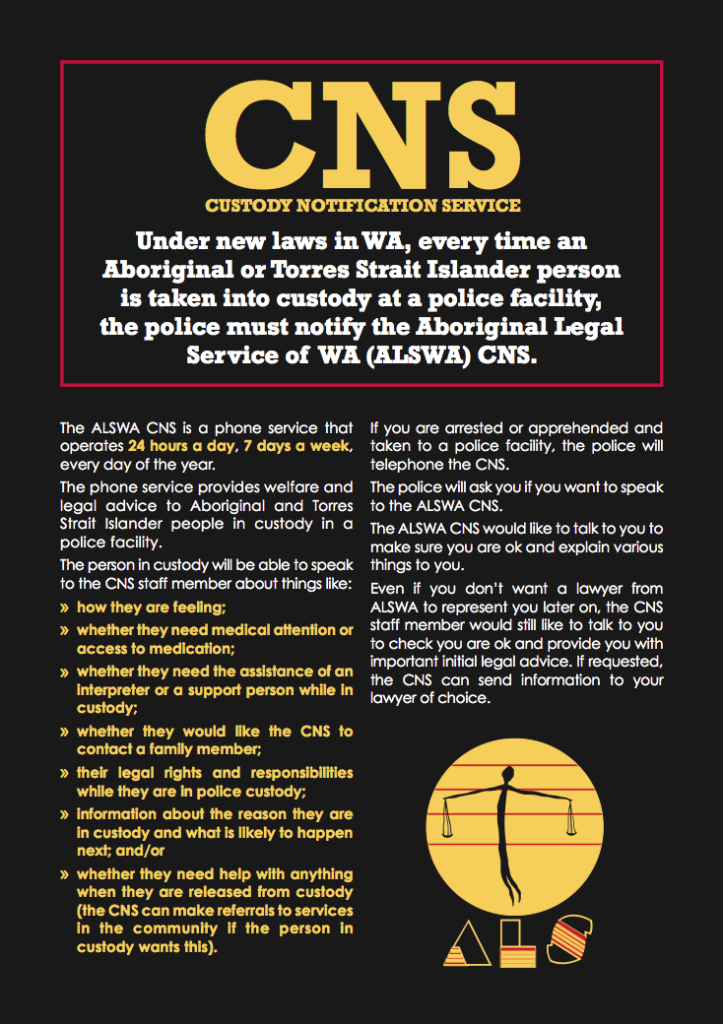